This made my day. When I heard Bakerella was coming to Jersey I couldn't resist.. especially only 40 minutes away. I planned to go with a friend from Ramapo but when she couldn't make it, i shook off my cold feet and decided to just go. So off I went to Short Hills.. got a little lost and my tank was almost on empty.. but I made it! 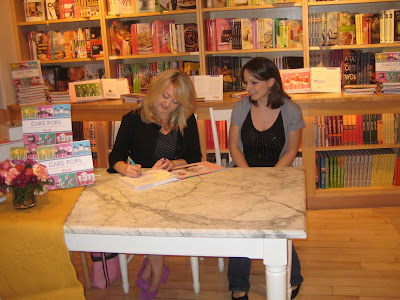 By the way, that mall is pretty darn nice. They had anthropologie and a pottery barn, so its safe to say I wasn't bored waiting around. About 30 minutes before the event I decided to make a trek to Starbucks.. and who did I see in the hallway? Bakerella! What do i do? Awkwardly approach her! lol (what else could you expect from me? haha) She was so sweet and even remembered my name from a comment I left on her blog.

The signing was actually really fun. I met a bunch of really nice people in the line that have blogs and we exchanged a few links. She gave a little talk about the book and stuff - I never went to a book signing before, but it was really fun! 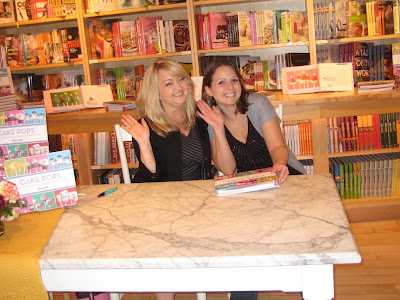 Too much fun. I must do this again.
Concocted by Katie girl at 8:22 PM 1 comment: 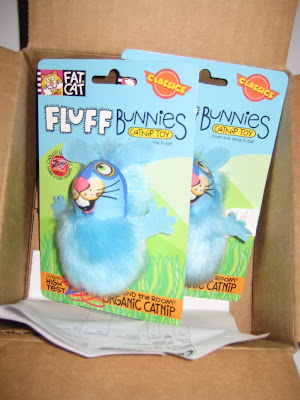 Fluff Bunnies. Back Story: When I got Herk he was only 8 weeks old.. a playful..fluffy ball of energy. That was before catnip. Maybe a week after we had him, my cousin & aunt sent me a care package of treats and toys .. including this one.. a fluffy blue rodent catnip filled toy.

This was the reaction: 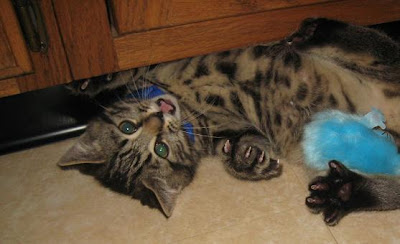 It was like he was on CRACK. I thought his little heart wouldn't be able to take it. Oh but he loved it so so much. It was like a little blanky to him.. he brought it everywhere. The worst place I found it was in the litter box. .. why he buried it where he poops, i'll never know. (I promptly "eww'd" and washed it 1000x times before letting him have it again.) Time went by.. an ear went missing.. then an arm.. our blue buddy was going quick.

As he got older it was the only toy he'd touch. I kept looking for a replacement online.. i mean.. look at this guy: 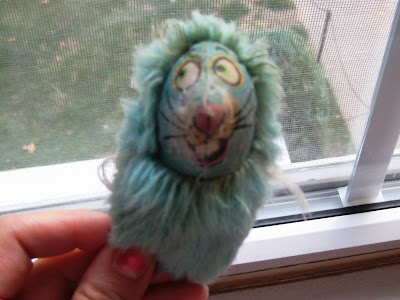 Both limbs & ears were chewed off!! His fur was matted & faded, and his face was nearly chewed off.. and yet... the catnip in it is still strong after 2 years of abuse! 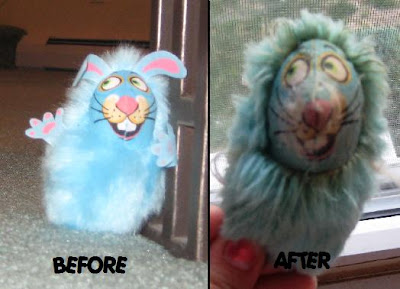 I ordered them promptly.. apparently the closest store they sell them in is Long Island.

.. we received them on Saturday...

and I think Herk was happy....

What you do you think? 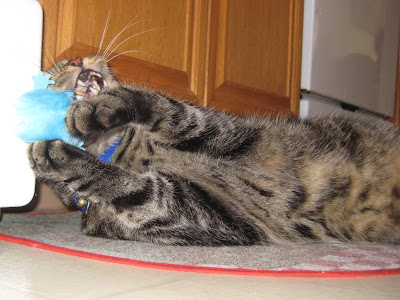 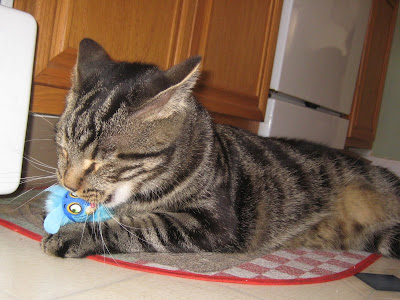 I'll let you decide
Concocted by Katie girl at 7:00 AM No comments: 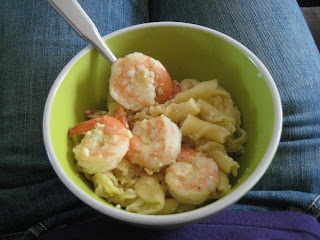 My computers out of commission (virus) so I'm just going to have to tempt you with mystery foods. After all, this website is serving its purpose - getting me to cook more! 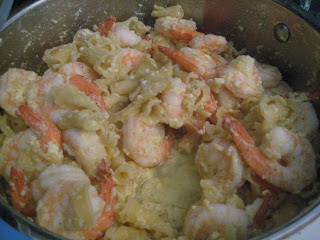 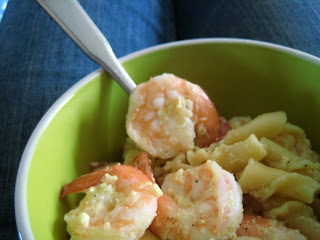 Concocted by Katie girl at 6:25 PM No comments: 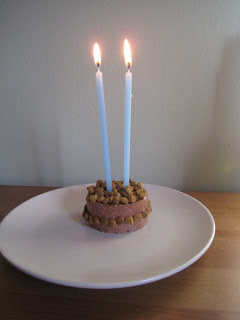 ha! ok, i wasn't serious about this at all - i am NOT a crazy cat lady ..anymore. (i just couldn't help it when he was a kitten) - i mean, seriously! 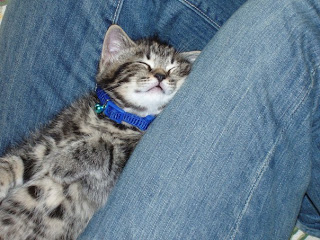 but most of the things i do in life have one goal in mind - to freak chris out.
i love it! and i do it oh so well.

it starts off with a "kate." strong and firm.
"what?" i ask, playing it coy.
"kaaaaatie." still in his manly man voice.
"come onnnn, its cuteee (or insert appropriate adjective)"
"oh jeez.. you know you're nuts, right?" voice getting softer..& with a sigh he says "that's my katie." 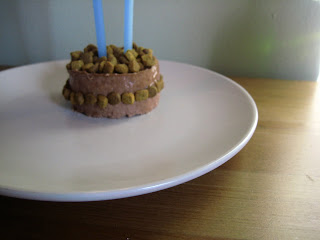 and thats why i love freaking chris out. it gives me a tingle in my butt.
Besides.. i absolutely LOVE to hear Rory squeal like a piglet for her nummies. 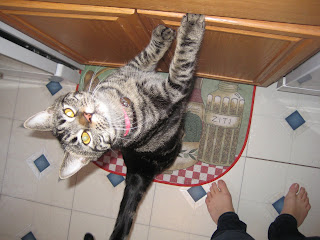 happy 2nd birthday to my first born, my fuzzybuns!
Concocted by Katie girl at 8:20 PM No comments: 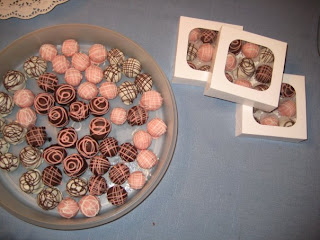 The Woman Behind The Blog

My name is Katie and I started this blog to get myself to commit to finding and trying new recipes. I love cooking, baking, crafting,.. really anything that I can create. Here I plan to share some of my favorite projects with you and show you how to do them as well.